Google has always been one of the leaders in the tech industry and although there are many different options when it comes to selecting the best API testing tool, Google’s Postman still is at the top of my list and here is why.

What is an API?

Great question! So, in computer programming, an application programing interface (API) consists of a subset of definitions, communication protocols, and tools for building software.

Basically what this means is that a set of clearly defined methods of communication amongst various components. This could be a web-based system, Operating system, database system, computer hardware, or even a software library.

What makes a “Good” API?

A good API makes development easier. Think of it as the rock, or the foundation of a project. You need a solid base foundation and building blocks the piece together the end result, right? Same goes for API and programming.

What is Google Postman?

Postman’s Tools Support Every Stage of the API Lifecycle. 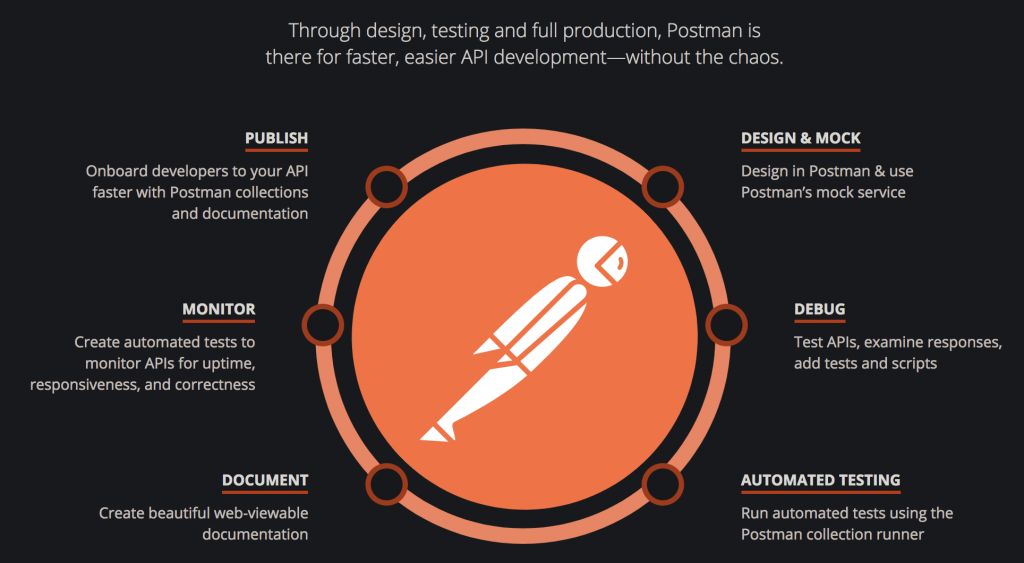 How can I use Google Postman for API Testing?

Google postman can be used for API testing in a variety of different ways. For example, you can have a simple status check on a website’s Url that runs on a monitor schedule and runs at the top of every hour, and can even notify you when a website is unreachable with the ability to check HTTP Status Codes.

You can also test a REST API’s response body to verify that the API is providing the expected request response.

pm.test(“Response should be okay to process”, function () {

The above Example is of possible Test Scripts that can be written to test API’s using Postman. The Status Code Tests are testing that the response was Status Code 200 (Ok) and that the Response was received in less than 800ms/0.8 seconds.

The Error checks are checking that the response should be okay to process and is a .json as expected.

The final test is testing that a Specific String from the Response Body is included in the API’s response.

Overall I am incredibly happy with Postman and everything that it can do in terms of being able to Test an API. Postman has a fantastic UI and is easy to learn and use for beginners. With the ability to automate scheduled runs and checks on API’s it makes testing easy and powerful. Postman’s free option is all that is needed when testing an API. If you are new to API Testing, and wanting to get your feet wet, I strongly recommend you give Postman a try.

Getting Started with Google Postman